Is There a Link Between Testosterone and Longevity in Men

The Effect of Testosterone Level on Men 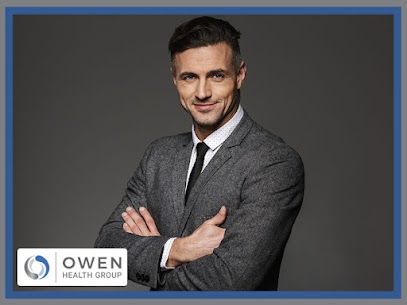 If you would like to know if testosterone therapy for men in Lubbock, TX, can make you look and feel younger, you might find this research interesting about the role your testosterone level plays in longevity.

It has been well-documented that women tend to live longer than men. New research from Australia suggests that the male hormone testosterone may be the reason!

The risk of dying is a continuum. At relatively young ages, the risk of death from all causes for men and women is about the same.

However, as men age, their chances of dying younger than their female counterparts start to diverge. Interestingly enough, these researchers say that throughout the age continuum, the gender gap in risk of dying has a lot to do with testosterone and testosterone levels.

Younger men — teens, adolescents, and young male adults tend to die younger than women because they tend to engage in more risky behaviors than women, such as motorcycle riding, extreme sports, hunting, and even alcohol and drug abuse.

The researchers suggest that high testosterone levels in young males are one of the driving forces behind their engaging in these risky behaviors.

The Risk of Having Low Testosterone Levels in Men

As men age, the gender gap in longevity increases, and again the researchers say that testosterone is the reason. But, this time, conversely, low levels of testosterone are responsible for men dying younger than women.

A man’s testosterone level begins to drop after the age of twenty. By the time a man is over 30, that decline is about 1% to 2% of total testosterone per year. That steady drop often leads to low testosterone.

One of the main reasons men die before women in Lubbock, TX, and worldwide is that they are at a much greater risk of cardiovascular disease. Low testosterone in men contributes to heart disease as it increases the risk of developing clogged arteries and increases the risk of dying of a sudden cardiovascular incident such as a stroke or a heart attack.

Low testosterone has also been proven to lead to obesity, diabetes, high blood pressure, and metabolic syndrome – all of which can account for men typically dying younger than women.

Statistics also show that men are three times more likely than women to die from suicide. Low testosterone also increases feelings of anxiety and depression, which can lead to suicidal thoughts.

Interestingly enough, the Australian researchers found that the death rates being higher in males than females is not restricted to humans but occurs across all mammalian species, which also suggests that something uniquely biologically male, such as testosterone levels, is at play here.

The researcher also said that while testosterone can, in a way, be more “toxic” for males, the female hormone estrogen does the opposite and affords women an extra measure of protection from the kinds of diseases men usually die younger from, such as heart disease and some forms of cancer.

In any case, one of the things that can improve mortality rates in men – particularly in men between the ages of 40 and 65 that have been diagnosed with low testosterone – is testosterone replacement therapy.

Learn more here: What Are the Benefits of Men’s Health Therapy?

Testosterone replacement therapy was once believed to increase a man’s risk of heart disease.

However, current research shows that nothing could be further from the truth and, in fact, that testosterone replacement therapy for men in Lubbock, Texas, or wherever you receive it, actually lowers your risk of heart attack or stroke.

The study was presented at the American College of Cardiology’s 65th Annual Scientific Session.

The “meta-analysis” of men who had already suffered a previous heart attack, or were diagnosed with cardiovascular disease, found that those who were on testosterone therapy did much better in the years since their incident than those who were not.

80% of the men in the study who were not in the testosterone therapy had a repeat adverse cardiovascular event! For many years, despite an overabundance of evidence to the contrary, it has been said that testosterone replacement therapy could increase the risk of heart disease.

Not only have many recent studies debunked this commonly held misconception, but the latest research and similar studies also suggest that testosterone replacement therapy can decrease a man’s risk of a heart attack.

And possibly reducing your risk of stroke or heart attack is one of the many antiaging benefits of testosterone therapy for men.

What Every Man in Lubbock Should Know About the Antiaging Benefits of Testosterone Therapy!

In addition to lowering your risk of cardiovascular disease as in the studies mentioned above, testosterone replacement therapy for men in Lubbock and the surrounding areas has been shown to help you live longer by:

Live Longer and Stronger with Testosterone Therapy for Men in Lubbock, TX 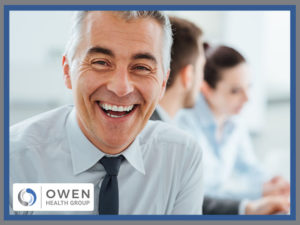 You now live longer and stronger thanks to testosterone therapy for men at the Owen Health Group.

Are you ready to change your life with our Lubbock, Tx-based testosterone therapy for men? Contact Owen Health Group at (806) 749-7975 to schedule a consultation.